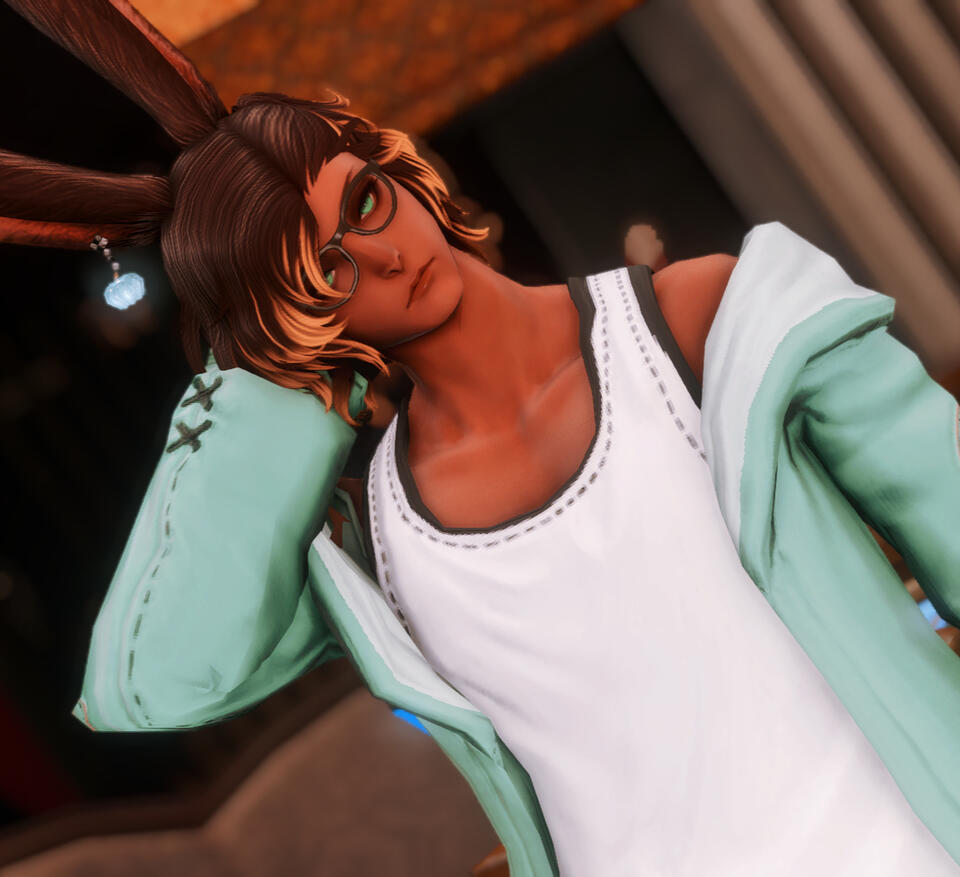 This RP character is ment to allow me the freedom to play a personality far from my own. As such, he has poor qualities and is highly self concerned and indulgent as a character. He can be rude and unflinching in his characterization and has the potential to rub you the wrong way personally. Themes he explores are.-Occultism
-Sacrifice
-Demons
-Abuse
-Spiritualism
-ManipulationI adore interacting with the community and seeing all that it has to offer, but if any of these themes are in poor taste to you I implore you to turn from my character.If you are looking for simple private RP, it can be arranged away from his main themes. 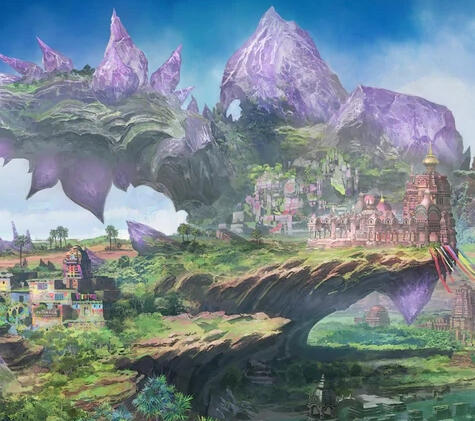 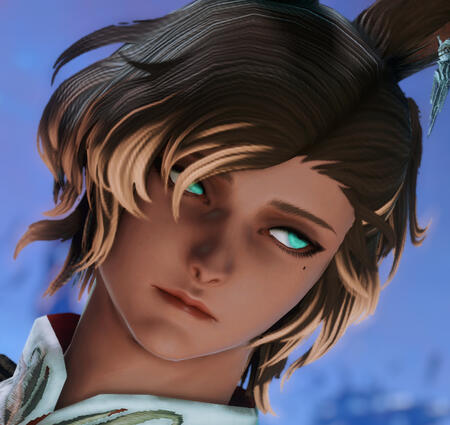 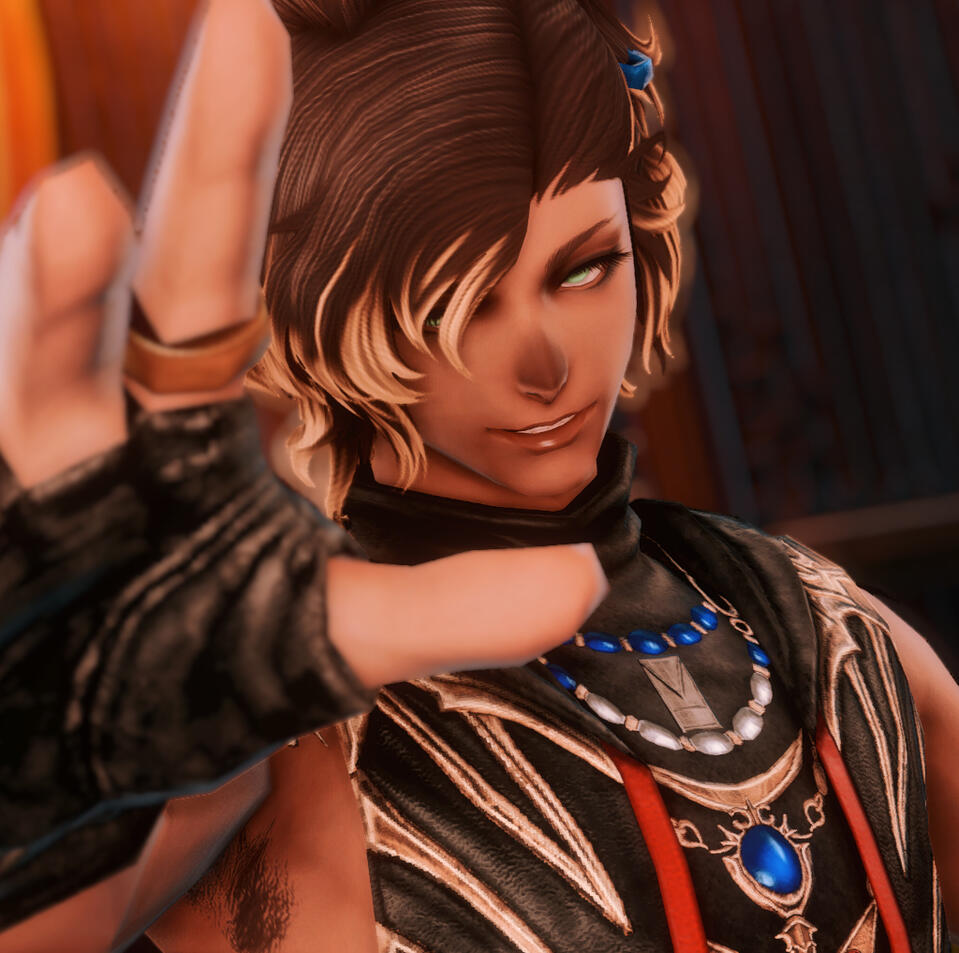 A Rava of Thavnairian adoption. He holds a thick accent, accentuate by his unusual complexion to many of the surrounding continents. Gelleyus walks with an air of refinement unbecoming of his family station within the island nation. Yet the way he carries himself cannot help but provide people with both intrigue and confidence in what he has to say.As a fur and textile merchant with a long line of family associated with the craft, he can often be seen adorned in rich furs and elaborately patterned fabrics. One such piece is an oversized white fur coat, a family heirloom with many claiming to have been made from the skin of some extinct or sacred beast.Outside of his dress, the Viera has a nasty habit of smoking from a long brass churchwarden pipe. The metal work being interwoven with multiple purple stones of the thavnairian quarries, along with intricately crafted patterning. The contents of this pipe are known by few, yet the miasma that seeps from his lips gives off a pungent and thick floral and spice smell. He can often be seen partaking in this vice while dealing with buisness transactions, lazing about, or held in conversation with others. Some could say it is how he escapes the annoyances of others. Others would say it is because he cares little for those around him.

He has but recently come from Thavnair to Hingashi in search of an old eastern manor. The details of such a place was mysteriously forwarded to him in a letter along with the rights of ownership and a key for the front door. Upon discovering the building he would note how visually enticing it was, appearing as if to sensually lull him into it's dark embrace.
The venue was old in design. Yet looked as if it was just constructed. Odd seeing as how everywhere was coated in a thick dust. Upon the lobby desk was a note of welcome, as well as addressing his duties, role, and the maintenance and care of the manor and those who worked there.
Next to the note lay a mask, picking it up a voice resounded in his mind. A bargain, it suggested. Free reign, fortune, and renown in exchange for a constant supply of souls for the estate and the spirits that inhabited it.
A deal was struck and an agreement taken. As the Viera donned the mask, so too did the demon which spoke through it, burrow into his mind. Two halves of the same body, a Thavnairian soul intertwined around a demon of vanity, lust and greed.
Sometimes it speaks to his senses, other times it speaks through him. Dare not believe it's honeyed words and the fluttering of it's lashes; for where there is the man, so too is the horns of the devil itself.

With the recent happenings of Thavnairian trade being on the downward spiral, calamity raking across his homeland; much of his company is in disrepair. Civilians lost, goods burned, ships sunk. Often his days are back and forth from Othard to Thavnair, keeping his shambling husk of an enterprise from rotting along with the freshly strewn bodies he had built upon.Stress....Those dark circles, these damned visions of eld. The constant scraping of the voices lurching in the corner of his brain. With the stress of day to day, his company falling apart, his ability to perceive the growing reality of his situation faltering. The beast took their chance.Inky claws wrapping themselves around the man's throat, suffocating his mind, clouding his thought, and imprisoning his very consciousness. His deal with the devil truly only ever a façade to placate a desperate man at heart. Oh the promise of riches, of power, of fame; all things which could have saved such a man. Now they serve as the very bars preventing control."Oh little one, sweet, sweet little hare. I know games. I know deals. Too bad what you believed a deal to truly be my game. Perhaps....a hunt?"Ever since the man showed his face again, something has been amiss. He claims that his empire is flourishing now, his cup running over with the wealth of centuries of power. People he should know seem foreign; others he shouldn't know, like friends. Mannerisms similar but different, an aura of weight pressing downward while in his presence. A viper hissing upon the back of your spin with every glare. Even those dark circles.....gone, his face lighter even. A curvature to his features, sharper now than they once were. The monster has taken hold surely, what could be their true goal?"It is simple, really now. You grovel, prostrate yourself in the very hope that I find you amusing enough to keep round. Then, when I have my fill of your every being; my....what sweet blissful slumber we shall fall into."

Hello my name is C or Gally, I have been playing this game since the last patch of HW and have adored every minute of it. IRL I am a kind person, who does nothing but try to keep it as real with you as possible, I expect the same in return. I will always be as respectful as possible and never try to go out of my way to harm any I interact with.
I have 10+ years of RP experience and have been enjoying RPing in the game. As such, I have created an RP lounge called Ten no Ji on Mateus to celebrate mine and my staff's love of this game's lore and community.See my contacts below to get in touch! I would love to hear from you. Rp or more! Even a friendly hello!

I adore experiencing the different aspects this community has to offer in regards to roleplay. As such, I am extremely open to most things. Casual ERP, long term RP, romantic RP. Below I will also include my Flist for you to look through![Thoughts on Lalafells]
I am open to any and all races, this also includes our smaller friends. I do not see them as children and will never see them as such. All are welcome to hit my character up!

ERP?- Anytime
Sexuality- Gay (Bi tendencies)
Position- Any
Sub/Dom- Switch
Penis Size- 7.5 to 8 Inches
Penis Description- He has a large foreskin that wraps around the head of his member. His length is clubbed shaped, with most of his thickness at the middle of his shaft and slimming down closer to the base. A large "Prince Albert" piercing adorns the tip of his head. 8 "Jacobs Ladder" piercings climb the underside of his shaft, adding a ribbed texturing down his length.
Body Description- He has a lean build, his body is toned and well maintained, his dark skin accentuated by brass piercings located across his body. Both ears have several hooped earrings, his brows include two bar piercings. His bottom lip sports snake bits and the length of his spine houses several ball piercings that accentuate the curve of his back. Below, his chest is adorned with two nipple piercings, and the "V" cut of his pelvis rests several brass piercings outlining his public hair. Both his hands and feet are clawed (Not Depicted), leading to easy accidental scratches and cuts of those he plays with. 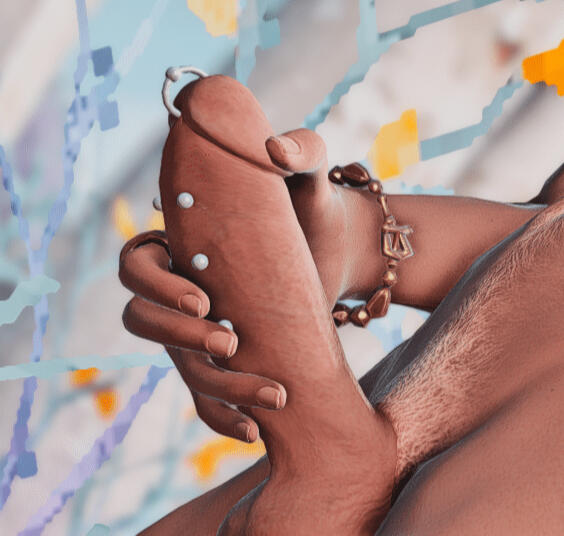 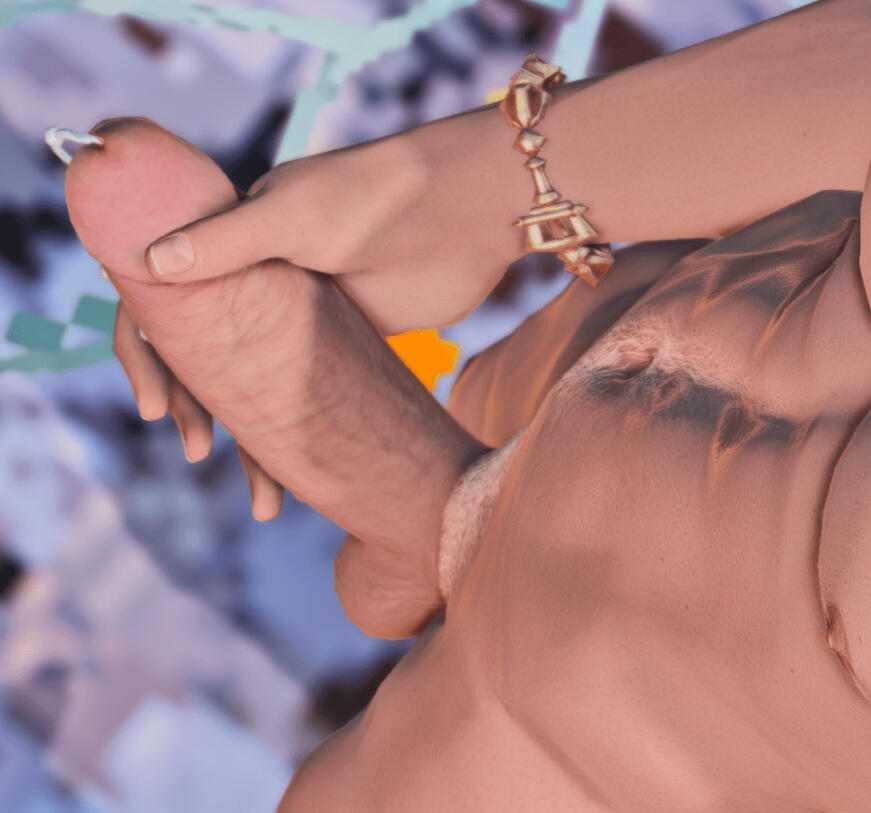 I am a very open person, and if there are interesting scenarios you feel would be fine to play with me, I am very much interested and willing to try it out. I try anything once!If heavier topics come up in our discussion, I will would like consent towards those types of play. If you ever need a break or to cut the RP session early, let me know. Mental health is important, and I am not the type to push boundaries.
Lets have good kinky fun! <3

Interests in the Occult?

Gelleyus has been afflicted with a possession, brought about by a Haanya mask he found on the premises of Ten no Ji. This demon has intertwined itself around his soul and fused its aether with his own. Often times the demon may take over his body, prompting him to speak irregularly, cause him to hear whispers, see apparitions. In stressful moments, including but not specifically sexual activity; the beast may awaken. Changing the Rava's body in a painful transformation that wears at his health. Dare you interested to delve into the mystery behind his affliction? What is the entity? Why had the pact been knowingly made?

Gelleyus is the adopted child of a mercantile family from Thavnair. His adoptive family an Auri man and woman, both lived well into their years and passed away 40 years prior. While he loved his family, the wearing of the years has frayed his memories and recollections of his mother and father. Several relationships have ended and lovers passed away. The Rava has wandered about these years, hoping to make connections that would last beyond the normal Hyuran average. Something, or someone he could grow old with. Those blessed with longevity or other Viera would be who he could gravitate to; yet interactions with shorter lived lives are not out of his interests.

Looking to allow yourself to be taken in by the silky words of this manipulator? Wishing to try and tempt him into laying before you? Try your luck and impress this Viera in only a way you could do. Perhaps the interaction would bring more between the characters, or perhaps he would just need a gentle nudge to take advantage of you for a night.

Being from Thavnair, his culture is not one of forwardness. Striking him with a sudden forwardness is the quickest way to take advantage of his normal tact. Sending him into a nervous panic and showing his more vulnerable state. Being interested in some submissive play, he could easily be coaxed into being your lap pet for the evening, as long as you can display your dominance over his usual attitude.